In the Indian culture the custom of wearing nose rings begin in the 16th century. It originated in the Middle East countries and became popular in India mainly during the Moghul emperors rule. Nose ring is a very popular fashionable accessory worn by piercing a hole in the nose.

In the Indian culture the custom of wearing nose rings begin in the 16th century. It originated in the Middle East countries and became popular in India mainly during the Moghul emperors rule. Nose ring is a very popular fashionable accessory worn by piercing a hole in the nose.

It is a trendy nose ornament found in several shape, size and design. It can be a delicate tiny jewel stud which rests beautifully on the curve of the nostril or can be large hoop that encircles the cheek with elegant and graceful pendant pearls, which dangle along provocatively just above the upper lip.

It is a stud or a ring which can be worn in different styles. The three kinds of nose rings are

1 Nose ring which is worn in the left or right nostril.

2 Long nose ring is joined from the nose to the ear by a chain and is considered as a special accessory of Indian Bridal jewellery.

3 Nose rings which are worn in both nostrils.

In India the left side of the nose is generally regarded as the ideal position for nose rings. According to the Ayurvedic belief the spot made by piercing of nose is associated with the female reproductive organs.

It is generally believed that woman who have there nose pierced on the left side, experience less pain while delivering the child and they also have less menstrual pain. It is a common belief that wearing nose rings make the process of child birth easier.

Nose Rings as a Symbol of Marriage

According to Indian traditions and culture, nose ring is considered as one of the sign of marriage, and is an integral part of traditional bridal jewellery. In the Muslim culture nose ring is very auspicious and is mandatory marriage ornament to be worn by all Muslim brides. Though these days the unmarried girls in India have started wearing nose rings as a fashion accessory without any religious beliefs or traditional significance.

Nose piercing in India has a great religious significance too . According to the Hindu religion , piercing of nose is considered as a way of honoring Parvathi, the Hindu Goddess of marriage.

Nose Ring as a sign of Financial Power and Family Status

Most of the Indian woman who love to adorn themselves in traditional ornaments, like to wear nose ring as a sparkling nose ornament as it is considered as the most seductive adornment. Nose rings make a woman appealing, sexy and beautiful and help to enhance the seductive charm.

To wear nose rings it is not necessary to get your nose pierced as there are some fabulous nose rings which can be easily clipped onto the side of the nostrils.

Nose ring is a modern fashion accessory today. It is worn in the western culture too and is seen as trendy ornament. By now if you are also facinated by the charm of nose rings go ahead and give them a try ! 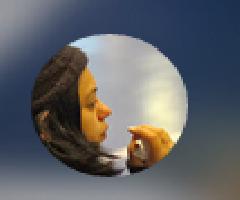 Ruby Samy is a Freelance writer! 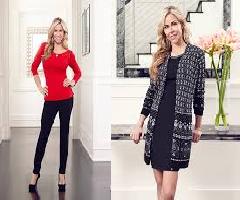 50 Things You Are Likely To Find In A Woman's Purse

Catch them unawares; you never know what’s in there. This post reveals 50 things you are likely find in a woman’s purse.. 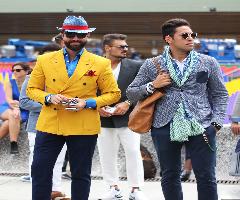 Dressing For The Modern Man

The articles describes the dressing of a modern man and how fashion plays an important part. Fashion differs among men, women and religion.