The simplicity and creativity of ancient Greek footwear will influence generations to come. Footwear was an integral part of Ancient Greek culture. To know more about the intricacies of fashion and style used in different types of footwear worn in ancient Greece, read on.

The simplicity and creativity of ancient Greek footwear will influence generations to come. Footwear was an integral part of Ancient Greek culture. To know more about the intricacies of fashion and style used in different types of footwear worn in ancient Greece, read on.

History of footwear can be traced to ancient times. The most fashionable footwear known to man was worn by ancient Greeks. Animal skin, leather and hides were used in making a variety of footwear. Protective footwear with thick leather soles were used by soldiers during war.

Leather sandals lined with animal fur were worn to provide warmth during severe winters. Cattle hide was commonly used to make a majority of footwear. Ancient Greece was renowned for its excellent method of bark tanning. The process of ‘tawing’ which converted hides into leather without using tannin was perfected by the Greeks. This led to making of fine quality footwear. Animal hide was soaked in an alum and salt solution to get a soft texture for making high quality footwear.

Ancient Greek footwear
Numerous styles of footwear were worn by ancient Greeks. The type of footwear and clothing worn by individuals differed in accordance with an occasion, and rank of an individual. Footwear was of vital importance in ancient Greek fashion. Sandals and half boots with specific carving, or marking on leather were worn by individuals to represent their status. A crude form of arbelos, a shoe making tool which had a thick sharp blade was used to cut and shape leather. Both sexes wore numerous types of sandals that were fastened in different ways. Plaited leather designs, chords, and straps on sandals that left the toes bare were popular among individuals. The types of footwear worn in ancient Greece were:
• Embades
• Krepis
• Cothurnus
• Buskin
• Phaecasium
• Talaria
• Carbatine

Embades
This boot was designed and cut in different styles. To ensure comfort to the wearer, the boots had an enclosed shape. Felt or fur was used by shoemakers to design the outer lining of these boots.

Krepis
The rugged soles of these boots were excellent to tread rocky terrain. These boots were designed for the outdoors and offered the wearer protection and comfort. Half boot designs and flat sandal designs made with soles made from cowhide leather were popular among individuals in ancient Greece. Because of their durability, numerous designs of these shoes were worn in military combat by soldiers. The uppers of these boots consisted of a cross stripped design.

Buskin
These boots were made from cloth or leather with closed laces overlapping each other in a crisscross design. The length of these boots varied in accordance with an individual’s preference. Calf length and knee length boots were worn by soldiers, hunters and actors in Greek theater. Hunters and travelers preferred wearing buskins that covered the entire shin as it protected them from poisonous bites from reptiles at night. Luxurious buskins with intricate designs and fur covering were worn by affluent individuals.

Phaecasium
These were boots worn by priests, countrymen and philosophers. A variety of these shoes were also worn for ceremonies and rituals. Boots with elegant embroidery patterns were popular among women. These shoes were made from leather, felt or linen. Shoes and boots worn by women were adorned with pearls and ornaments to signify their status.

Talaria
In Greek mythology Hermes, known as a god of nature, and a messenger god, is seen wearing sandals that had wings on the rear side. Wings on sandals were symbolic of courage, bravery and swiftness in ancient Greece. These sandals were worn by individuals that were swift, fleet-footed and known for their valor.

Carbatine
This form of footwear was made from a single piece of raw hide with holes placed for thongs to pass through and fasten at the ankles. These shoes were simple to make and extremely comfortable on the feet.

Thank you for visiting my profile. I am a Freelance Content Writer. I like to learn something new every day. When I’m not at the computer, I’m either reading or on vacation. I dwell in peace, I hope you do too. My Favorite Quote “When you talk, you are only repeating what you already know. But if you listen, you may learn something new.”- Dalai Lama 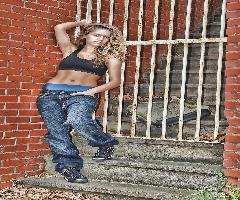 Sagging as a fashion trend came into prominence in the late 80s. Over the years sagging pants have gotten lower revealing a significant portion of underwear. 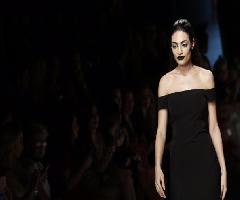 In a conservative society, a girl has broken barriers and modeled in a fashion show in Dubai.